The state has released ACT and End of Course test scores for 2016-17. New Orleans schools (OPSB + RSD) held steady on the ACT, but the results for End of Course Tests were disappointing. 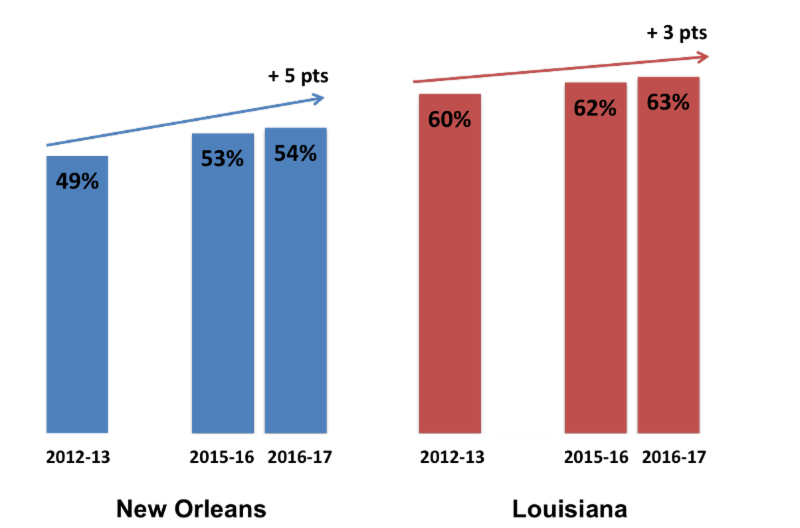 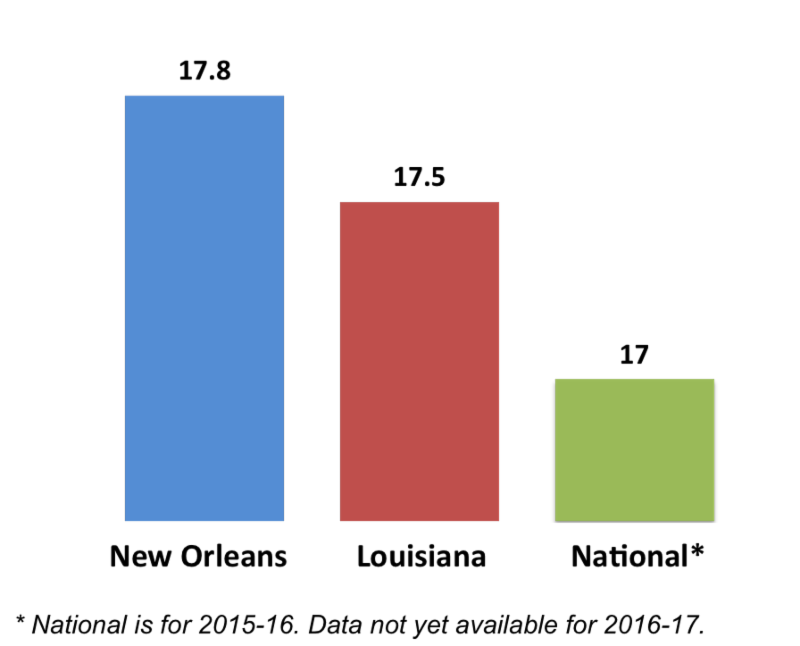 ACT Composite Scores are made up of the best score that each senior received, no matter when or how many times the student took the test. High schools that opened in 2016 with just a 9th grade class did not receive an ACT Composite Score this year.